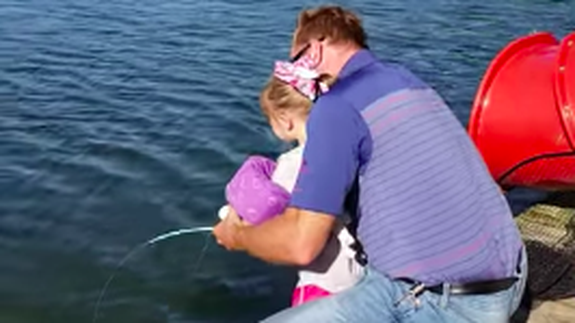 If you plan to bid farewell to summer with a little fishing this weekend, take some pointers from this tiny angler.

Josie, 4, was fishing with her parents near Delavan, Illinois on Wednesday when she got a bite from a 33-pound flathead. (Josie weighs 30 pounds.) But with some help with her dad and her trusty Frozen pole, which was rigged with a 50-pound line, Josie was able to reel the fish in.

At first, Josie thinks her new catch is pretty gross (understandable) but she eventually finds the courage to touch it. She even lies down next to it for scale.

We look forward to Josie catching a world record fish before the age of five. Read more…

February 8, 2021 admin Comments Off on Racism thrives in the online dating world