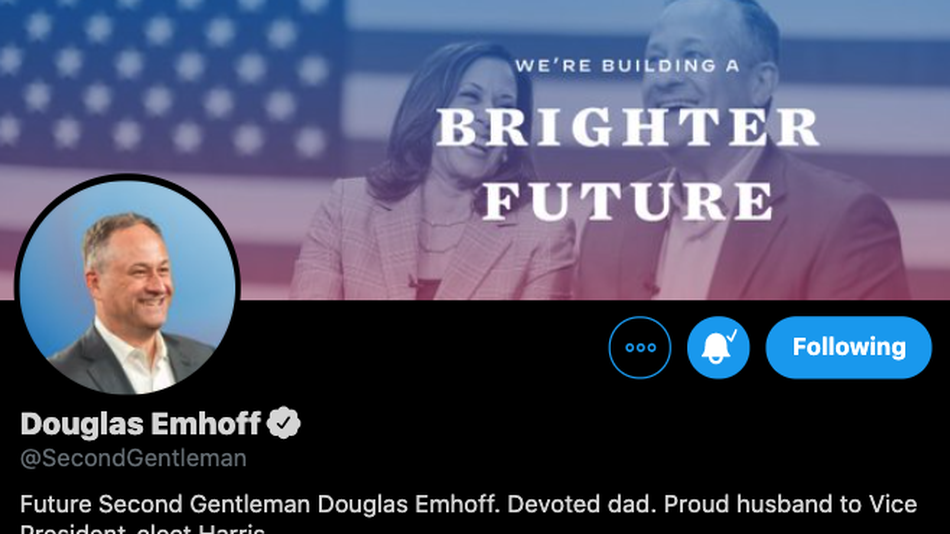 The first Second Gentleman in U.S. history has Logged On. Well, kinda.

Kamala Harris made history in the 2020 election by becoming the first woman vice president-elect, and as a result, her husband Douglas Emhoff made history, too.

Doug will become America’s first Second Gentleman — a title so groundbreaking that it called for the creation of a brand new government Twitter handle: @SecondGentleman.

On Thursday, @TwitterGov published a blog post titled “What to expect on Twitter on US Inauguration Day 2021” that explains the archival and transition process of government Twitter accounts such as @WhiteHouse, @POTUS, @VP, @FLOTUS, and @PressSec. When Joe Biden is inaugurated on Jan. 20, 2021, those accounts will transition to members of the Biden/Harris team. But Twitter also shared that a new @SecondGentleman account was created for Emhoff to use for official business. Read more…

January 24, 2020 admin Comments Off on You know you secretly love the social media drama you pretend to hate

I did hot yoga in Thinx's new activewear

January 12, 2021 admin Comments Off on I did hot yoga in Thinx's new activewear

Bentley, the dog who went missing after a fatal car crash, makes it home

August 26, 2018 admin Comments Off on Bentley, the dog who went missing after a fatal car crash, makes it home