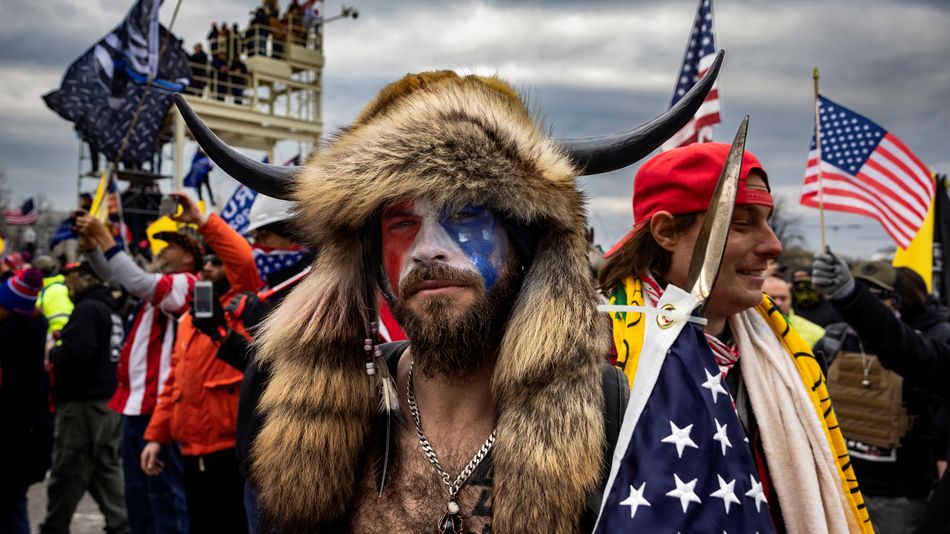 Nearly two months after Donald Trump supporters stormed the U.S. Capitol, the QAnon Shaman is defending his actions that day from his jail cell.

The prominent QAnon figure is also patting himself on the back for…saving the Congressional break room muffins.

“My actions were not an attack on this country,” says Jacob Chansley, aka “the QAnon Shaman.” For the first time since his arrest, Chansley talks publicly about his actions that day, and he tells @LaurieSegall why he wanted to be in the Senate chamberhttps://t.co/AhuFQOSzts pic.twitter.com/bIgKjVYS5I

From popping balloons with knives to destroying food with his face, he's the ideal quarantine companion

April 16, 2020 admin Comments Off on From popping balloons with knives to destroying food with his face, he's the ideal quarantine companion

February 23, 2019 admin Comments Off on PETA criticized Google's Steve Irwin art and people are not happy

November 27, 2019 admin Comments Off on This air fryer deal at Walmart will absolutely sell out — it's just $49