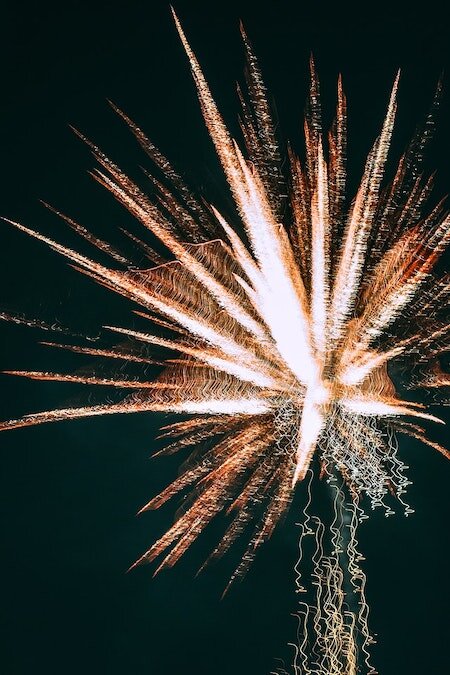 Photo by
Maria Orlova from
Pexels

There is a surge towards something new but the material world
(or steadfast habits) still beckon. It may be challenging to move
forward when you feel weighed down by survival issues. Perhaps you
want to toss everything and make a clean break.&#2013266080;

Action is required, but this is about finding a new type of
stability. The old ways/values arenâ€™t cutting it but you still
need to anchor yourself as you progress. Now is the time to
establish new habits and act on fresh values – if you feel
insecure, what changes can you make to enhance your security in
this new world?

This explosive conjunction echoes the crisis of the First
Quarter Moon. Uranus (ruler of Aquarius) is activated by Mars
(actions, anger). Possibilities range from violence to accidents to
impulse. Keeping in mind that the First Quarter Square does demand
action, know that impatience or sudden anger can be destructive.
And, the effects will be permanent.

So how do you handle this? Identify what needs to change then
pause before you jump in. Think, then act. Anxiety or even panic
will be high, but you donâ€™t have allow these energies to control
you.

This aspect will feed off the energy of the
Jupiter/Uranus square.

The easy connection between Mercury (information) and the
Mercury-ruled North Node will help you make rational (Aquarius)
choices (Gemini) that point you towards the future (North Node).
Detached analysis/discussion can take some of the heat out of the
Mars/Uranus conjunction and remind you that thoughtless efforts
will destroy more than anticipated (and you may hurt yourself in
the process). Take a step back and visualize the consequences.
Bounce ideas off someone you trust.

I have written some detailed Patreon posts on the tense grouping
of aspects (in Taurus and Aquarius) this month, including the
Jupiter/Uranus square and the Mars/Uranus conjunction.

NEW MOON IN SAGITTARIUS Riding the Waves of Enlightenment: Aura Cleansing Under the Sagittarius New Moon

December 6, 2018 admin Comments Off on NEW MOON IN SAGITTARIUS Riding the Waves of Enlightenment: Aura Cleansing Under the Sagittarius New Moon

Astrology Horoscope Predictions For Today, 11/30/2018 For Each Zodiac Sign

November 30, 2018 admin Comments Off on Astrology Horoscope Predictions For Today, 11/30/2018 For Each Zodiac Sign