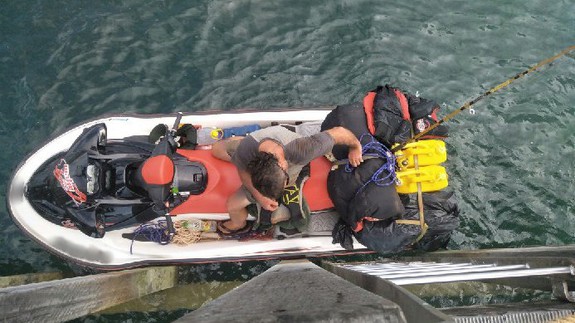 A man who tried to escape Australia on a jet ski has played himself.

Australian Federal Police said they arrested a fugitive, who was “likely a 57-year-old UK national,” allegedly attempting to flee the country.

In a joint operation with the Australian Border Force and Queensland Police, authorities located the man who had an outstanding warrant for drug related charges in Western Australia.

Spotted east of Saibai Island, an Australian island close to Papua New Guinea, the man had somehow managed to travel approximately 150 kilometres (93 miles) from where he had been seen leaving at Punsand Bay in Cape York.  Read more…

What We Are Reading Today: The Written World, by Martin Puchner

August 5, 2018 admin Comments Off on What We Are Reading Today: The Written World, by Martin Puchner

Syrian designer Rami Al-Ali will not release a new collection

June 10, 2020 admin Comments Off on Syrian designer Rami Al-Ali will not release a new collection

March 7, 2019 admin Comments Off on R. Kelly in jail over child support