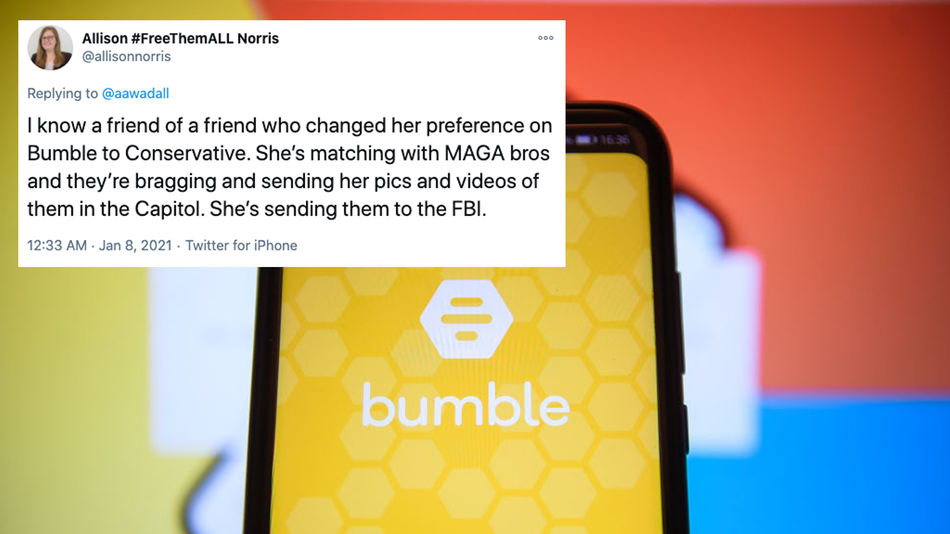 Shortly after Trump supporters stormed the Capitol last week, the hunt was on to find those who participated. It wasn’t that difficult, as these insurrectionists refused to wear masks in the middle of a pandemic, even if it meant being filmed breaking the law (or being livestreamed by one of their own).

While the FBI seemingly failed to see the Capitol riot coming, they have set up a tip line for anyone who had information about participants. This led to people scouring the internet in attempt to identity these domestic terrorists.

On January 7, the day after the riot, Foreign Policy for America NextGen Initiative Co-Chair Alia Awadallah noticed an uptick of MAGA-lovers on dating apps. Read more…

December 19, 2020 admin Comments Off on Dubai’s Sheikh Mohammed joins TikTok to ‘be where the people are’

February 15, 2019 admin Comments Off on Bradley Cooper shares how he lowered his voice for 'A Star Is Born'

August 8, 2018 admin Comments Off on Little girl on her first day of kindergarten is all of us realizing summer's pretty much over