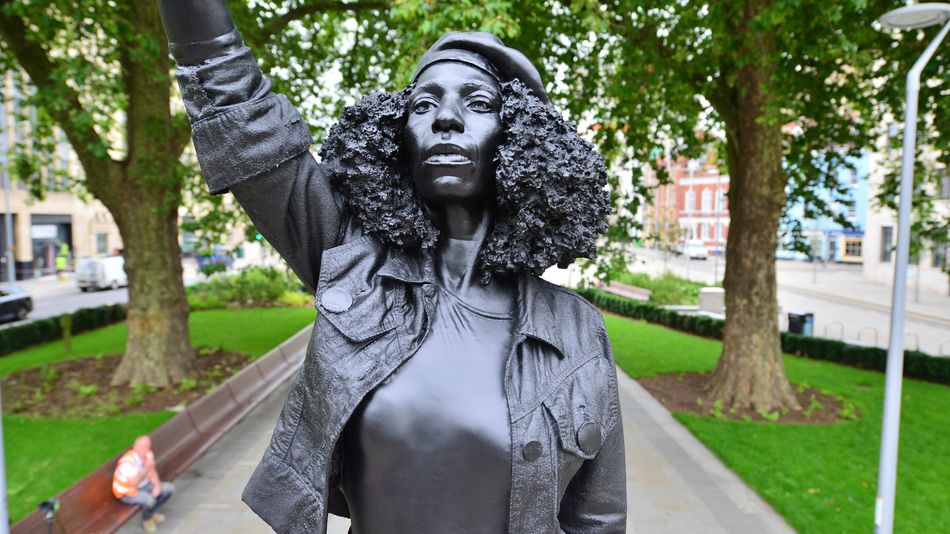 Now this is who should be honored in public spaces.

In June, during worldwide protests against systemic racism and police brutality in solidarity with the Black Lives Matter movement following the killing of George Floyd, racist statues found themselves toppled. Sculptures and statues of slave traders and owners, colonizers, oppressors, and makers of racist policies from Christopher Columbus to Confederate General Robert E. Lee were pulled down by protesters as a means to remove these looming figures from public spaces — here are 15 great photos of some rather creatively vandalized ones.

One of these statues was that of 17th century English slave trader and former member of Parliament Edward Colston, a bronze sculpture which was dragged through the streets of Bristol, England by protesters and thrown in the Avon river.  Read more…

The High Five: put your hands together for this week's search trends

September 20, 2018 admin Comments Off on The High Five: put your hands together for this week's search trends

October 30, 2019 admin Comments Off on TikTok users of color call for better visibility on the For You Page

February 13, 2019 admin Comments Off on Assman finds a way around vanity plate rejection with a massive decal