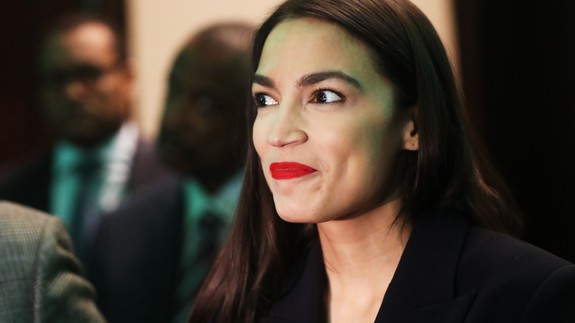 Yes, Alexandria Ocasio-Cortez watches Game of Thrones — but you already knew that. Here’s what she wants to go down in the show’s final season.

Ocasio-Cortez appeared on the Yahoo News podcast Skullduggery on Sunday, and since the Season 8 GoT premiere was just a few hours away, the conversation made a natural stop in Westeros.

When asked who she thought would end up on the Iron Throne, AOC said that — ideally — she’d like to see the monarchy give way to democracy. “Can you imagine if no one ends up on the throne and they transition to democracy?” she said. “Wouldn’t that be badass?”

Son of the late Egyptian actor Ahmed Zaki dies at 35

November 7, 2019 admin Comments Off on Son of the late Egyptian actor Ahmed Zaki dies at 35

January 31, 2019 admin Comments Off on Girl's wild frozen hair shows the power of the polar vortex