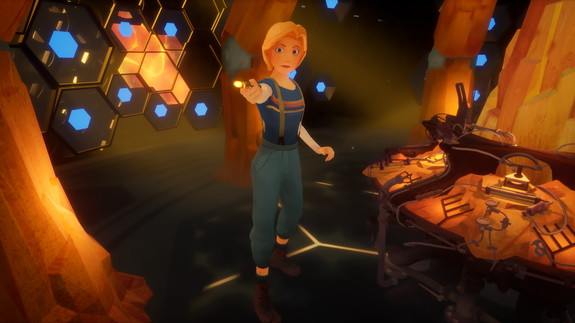 If you’ve always wanted know what it’s like to travel through space and time, then this is for you. Soon, you can space/time travel with The Doctor inside the TARDIS for a full 12 minutes.

The BBC announced it is releasing an animated virtual reality Doctor Who film in 2019, that will allow viewers to tag along with The Doctor as she travels around in the TARDIS on a mission to save someone from something.

The movie is entitled Doctor Who: The Runaway, and is a new original Doctor Who story — but those are all the details we have so far.   Read more…

More about Uk, Bbc, Virtual Reality, Doctor Who, and Culture
Source: mashable
A virtual reality 'Doctor Who' film is coming to a headset near you

October 2, 2019 admin Comments Off on Saudi film fans have last laugh as ‘Joker’ premieres in Jeddah

November 11, 2018 admin Comments Off on 9 videos proving turkeys are creepy as hell